From Chumps to Champs! Lessons for Life 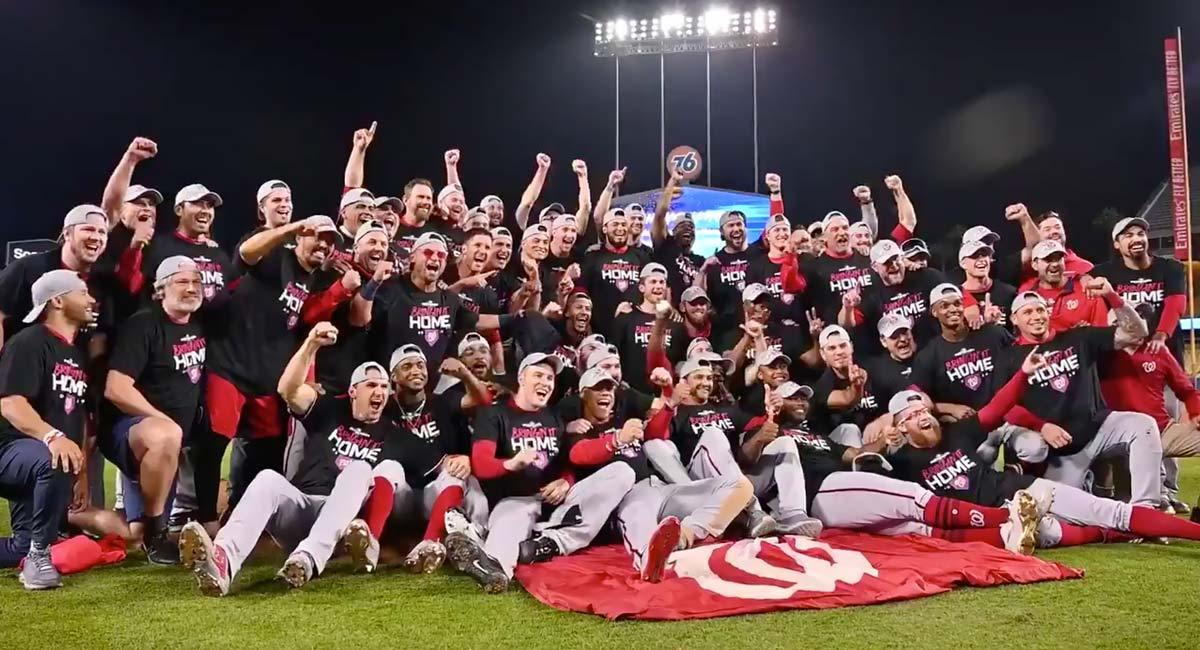 I really love sports. Oftentimes, the lessons in sports apply to every day life. Case in point, the Washington Nationals. At the start of the year the face of their franchise, Bryce Harper, decided to leave the 'Nats" for their rival, the Philadelphia Phillies. The person synonymous with the team scorns them, leaving the team without an identity. During spring training, the manager of the Nationals said that the team would take a new direction and he challenged those still with the team to 'step up to the plate'.

During the first quarter of the season, it was very apparent the Nationals were struggling. Without their perennial All Star who lead the team in many offensive categories the team didn't do well. They had the fourth worse record in baseball floundering at 19-31.

At that point of the season, the Nationals had to make a decision. They could continue their downward spiral. Heck the rest of the league expected that. Or they could change their mindset. This was when the Nationals' manager issued his team a challenge. "Let's win one game in a row". The team adopted this attitude and just tried everyday to win just one game in a row. At this time, one of their best pitchers broke his nose. He could have just told his manager that he was finished for the season, but he decided to play through it. In fact, he never missed a single start! Next their teenage phenom began to play like a seasoned veteran. The older players were invigorated and began to play well. What changed with the team? Belief. The team did not believe what others said about them. The 'experts' said they had a 0.1% chance of winning the World Series. As you can imagine, these weren't very good odds!

Fast forward a few months. The Nationals 'caught fire' and began to creep closer and closer to playoff contention. They rallied around each other and 'baby shark'. Imagine 30,000 people doing the baby shark dance together. Talk about bonding! At the end of the season, the Nats squeaked into the playoffs as a wildcard team. Lose one game, and you are done. They ended winning that game by one run. Just win win game in a row.

Next they would face the mighty Dodgers. It was a foregone conclusion that the Nationals were merely a speed bump in the Dodgers quest to get back to the World Series. All of the experts felt this way. However, the Nationals refused to listen to the pundits. They dethroned the Dodgers.

Next up was the Cardinals, another one of baseball's elite teams.  The media said, "if they only had Bryce Harper, they would have a chance". But the he was no longer on the team, so they had to rely on who was currently on their roster. Guess what, they shocked the Cardinals  and were on their way to their first World Series!

Here they would face the powerful Astros, the class of the American League. Clearly this series would go no more than 5 games. The Astros  were thought to be invincible. They had won the World Series a couple of years ago and this current roster was even better! The Nats didn't believe the hype. In fact they shocked the baseball world by winning the first two games in Houston. Could this be the year?

Well the Astros proceeded  to 'wake up' and win the next three games. Win one more game, and the cinderella season for the Nationals would be over. Somehow, the Nationals won at Houston in game 6 in one of the most controversial calls ever in World Series history that went against them. This would force a decisive game seven.

Down two runs in the sixth inning against one of the best pitchers in baseball, it looked grim for the Nationals. In fact my wife, who almost always roots for the underdog, turned off the television. "The Astros are going to win" and she grumbled and turned off the tv. "I am going to bed!"

But don't sleep on the Nationals. Throughout all of their adversity, the Nationals came back and found a way to defeat the awesome Astros to become World Champions! What I took from this improbable run were the following. First, with the departure of their best player, those left on the team embraced the idea step up their game. Quite possibly, their development may have been stymied by having such a good player on their team.  His absence allowed the other players to discover talents they may not have known they had. These players saw this an an opportunity  to step up and reach their individual potential. Second, even when it appears no one believes in you, if your team gives up their individual agendas and believes in one common goal, amazing things can happen!  Finally, never underestimate the power of baby shark! Do do do do do do! Congratulations to the 2019 World Champion Nationals!!